The importance of confidence in an interview

I had drinks with a friend yesterday, and talk turned to her recent interview process (and stuggles). This friend of mine has a great background. She’s been working for the same company for the past 5 years and has been in 3 different roles within that time – each one came with more and more responsibility. But she was hitting a wall in the interview process, getting to the 2nd or final rounds, and then getting passed over for another candidate. As our conversation unfolded, I think I knew what the issue was (and she did too). 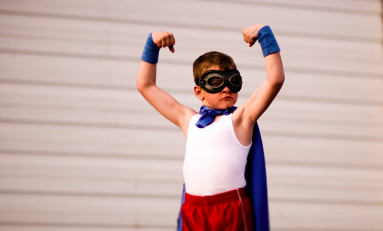 It seemed that she lacked confidence in her “story” and her progress in her career. In my mind she had a super compelling story (lots of progress over the years). In her mind, she felt that because her title didn’t reflect this, everyone interviewing her would wonder why that was.

Even though my friend had been in 3 different roles (with additional responsibility/scope with each promotion) her title always contained the term “assistant”. That was just the way the organization was structured. When we practiced the “walk me through your resume” answer, she immediately addressed it before anything else and it drew more attention to that fact, taking away from all the great things she’d actually done.

I can’t say 100% this is what was holding her back from getting a job, but lacking confidence in an interview is going to make getting through the process an uphill battle.

I’ve worked with many clients preparing for interviews and there are so many things people feel insecure about – things they’re afraid they’re going to “found out” about. Some common ones include (but are not limited to) the below:

The list goes on… but please take my word on this – your interviewer is NOT going to A. Think those things are deal-breakers  B. Assume the worst, and C. Not hire you because of it (provided you know how to tell your story in an interview, be confident about your strengths, and not draw unnecessary attention to the above unless asked).

I could spend the next hour debunking every myth about the “magical year mark” and other such things, but that’s not the point of this particular post.

The point I want to make (for now) is that whatever it is you’re nervous about is WORSE in your head, and (the majority of the time) you’re focusing way too much on it.

In this particular example, I told my friend that instead of starting out her “tell me about yourself” answer with “I know it looks like I’ve been an assistant for the past 5 years but actually I’ve been doing X, Y, Z” she should instead lead with “I started as a [first role] and handled [x, y, z responsibilities]… then was promoted into [2nd role] and took on the additional responsibilities of [x, y, x]…” and so on. All those things were totally true. Which one sounds better to you?

So what I’ll leave you with this – regardless of what you’re a bit hung up on in your head (and we all have our things), always lead with the positives – what you have done vs what you haven’t, the time you did spend somewhere vs how quickly you left, how you’ve moved up and taken on more responsibility vs that promotion you didn’t get and so on.

If your interviewer is skeptical about something, they will ask you more about it. Of course, if this is the case you should be honest, yet diplomatic, and always end your answer with something positive and impressive if possible.

Whatever you think is going to be your “deal-breaker” is worse in your head. Know that, lead with confidence in any interview, and it will pay off big time.